To say that surgery can cure migraines is a bold statement.  Recent studies from Case Western Reserve University, Georgetown University, and the University of Texas Southwestern Medical Center have pointed out a mechanical reason for migraines and have shown that surgery can indeed provide a cure for the majority of migraine patients.  I want to take a few moments of your time and discuss the evolution and rational for these treatments. 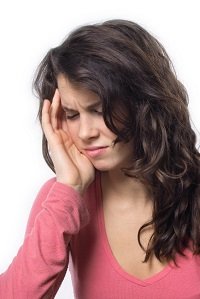 Lets look at the progression of migraine treatment, starting with the discovery of Botox® as a treatment. Botox was originally used by ophthalmologists to treat blepharospasm (a problem with the eye muscles). A husband and wife team (ophthalmologist and dermatologist) found that Botox decreased frown lines in the forehead. That was the start of cosmetic Botox use. What several plastic surgeons noted was that patients treated with Botox who also happened to suffer from migraine reported a significant decrease in the frequency and duration of their headaches. Neurologists made note of this benefit and began studying Botox as a treatment. After several studies, Botox was approved by the FDA as treatment for migraines.

Shortly after this it was noted by some plastic surgeons that patients reported relief of their migraines following forehead rejuvenation, either by open or endoscopic brow lift. This lead to several studies showing four common trigger sites for migraines:

The benefit of migraine surgery was still questioned, so a remarkable study was designed. A group of about 70 people agreed to have surgery with 20 of them randomly selected to have a sham operation. That means that they had the anesthesia and the incision, but then nothing was done to the nerves. Only the surgeon and the operating team knew who had the real surgery. Things were kept simple so only a single nerve compression site was released. After a period of recovery, a different doctor examined the patients and asked them about their symptoms. He had no idea who had the real surgery and who had a sham operation since they all had the same incision.

The results were remarkable. A majority had no further migraines and most of the remainder had a significant decrease in the number and severity of headache. The examiner did not know which patients had the sham procedure and yet was able to tell who was real with certainty most of the time. Since then the surgery has been improved to include all 4 sites. Now the complete relief group is higher than 80%.

Studies are ongoing now to help figure out why there are still some non-responders. It seems likely that two other causes may explain the persistent pain and both are due to the nerves wrapping around local arteries. The temporal artery can wrap around the nerve to the temple region giving an intense pulsing migraine. The same can happen in the back of the head with the occipital artery. Treatment of these conditions may improve the surgery even further.

So how does this work? You might be referred to the plastic surgeon by your neurologist, your internist, or you can refer yourself. The plastic surgeon will probably send you a headache log where you fill out details for at least one months worth of migraines. This log will help determine what type of migraines you have and where the likely sites of nerve compression and irritation are located. You may also be asked to get a CT scan of your sinuses to see if you have any nasal problems that can cause your migraines or add to the symptoms of other trigger points. You will likely be asked to fill out an additional questionnaire to supply more information about your headaches.

The next step is often a trial of Botox injections. The purpose is to confirm the trigger(s) for the migraines and help confirm the surgical plan. Relief typically occurs within 1 to 2 weeks. Any residual symptoms are noted.

Next a surgical plan is formulated and discussed with the patient. The surgery typically takes about 2 - 2 1/2 hours, depending on the number of trigger sites. Complications are minimal and return to work usually takes about 1 week - slightly longer if nasal surgery was required.

Is migraine surgery for you? Although the criteria are not written in stone, I think that you should consider surgery if you have migraine symptoms more than 14 days out of every 28 and if you do not have a good result from standard medical treatments. I also think you should consider the surgery if your migraines affect your ability to work or affects your normal social relationships.

For more information you can contact my office at 770 682-3375 to schedule an appointment.

It’s your time now. Call us today to schedule your private consultation with Dr. Rosenthal.

We offer a full range of Botox and Restylane solutions.